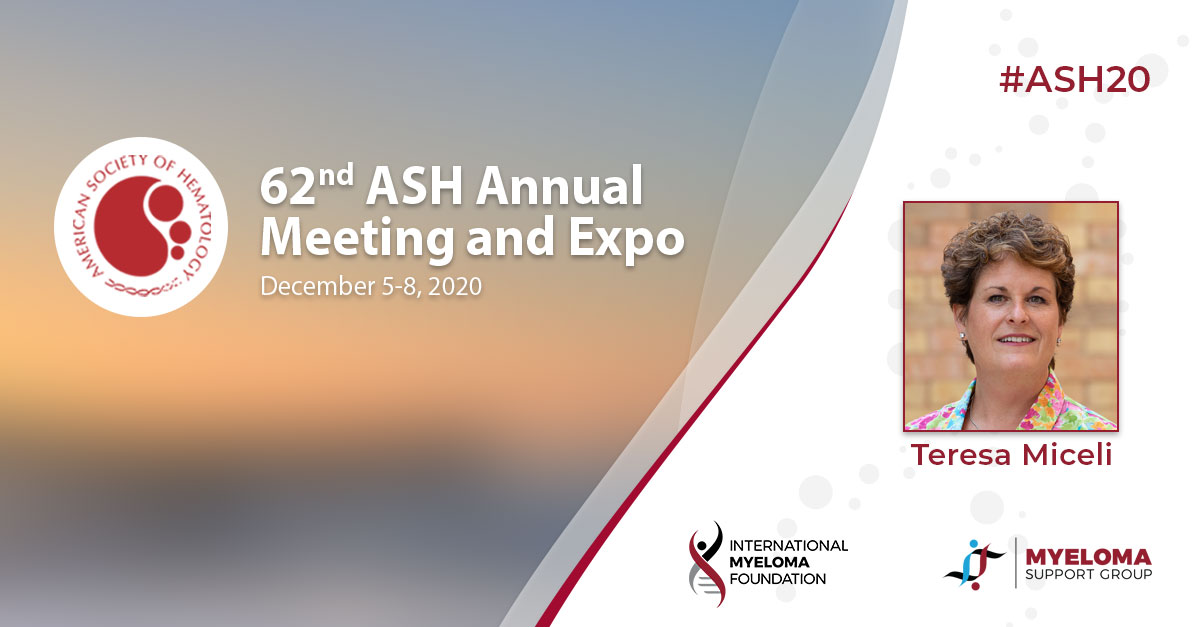 In our Support Group Leader team discussion, the subject of T-Cells came up, naturally, with the many abstracts focusing on Chimeric Antigen Receptor-T Cell (CAR-T) therapy at the 62nd Annual American Society (ASH) meeting. What was appreciated is that there are many types of T-Cells, and people wanting to know more about their function.

To understand T-Cells, we need to step back to the white blood cell (WBC). There are 5 subcomponents of the WBC (neutrophil, lymphocyte, macrophage, basophil and eosinophil). Neutrophils may be familiar to some, especially if you have been through stem cell transplant, as the absolute neutrophil count (ANC) is a determinant of when people have reached engraftment post-transplant.

You may be surprised that you have some familiarity with lymphocytes, other than in reference to CAR-T therapy. Lymphocytes have 2 subsets, B-cells and T-Cells. B-cells, once fully matured and differentiated, become plasma cells, an important part of the immune system, but also the foundation of multiple myeloma.

T&B cells work together. Helper-T cells, when alerted by a macrophage, recognize a foreign substance which activates the release of different cytokines. The cytokines trigger B-cells to create antibodies (humoral response), and cytotoxic T-cells to destroy the target (cellular response).

Understanding this complex system can be challenging. With my Italian descent, I will try to explain this in terms of The Mob. 

“Mac(rophage) says to the (anti)Gen(t), ‘Hey, I don’t know you! You don’t belong here. I’m calling in some Help to take you to The Boss (T&B-cells).” The Help, HTC, latches on to the Gent, and activates The Boss. The Boss says, ‘Yo’, T-Reg, we gotta problem here. Take him out.” In a dark alley, the T-Reg and his NKt Gang take out the Gent. But if he or his kind ever shows up again, they will remember him (memory cells), and call in their Anti-body friends to take him out. “

This may be silly, but I hope it helps you remember the key players in this part of the immune function.

There are some nice images of the cell lines come from National Institute of Health (NIH) (https://stemcells.nih.gov/info/2001report/chapter5.htm).

Visit Encyclopedia Britannica, Online Encyclopedia at this link to see another good visual representation of cell lines at https://www.britannica.com/science/lymphocyte/images-videos.

And you can find me on Twitter at @IMFnurseMYELOMA