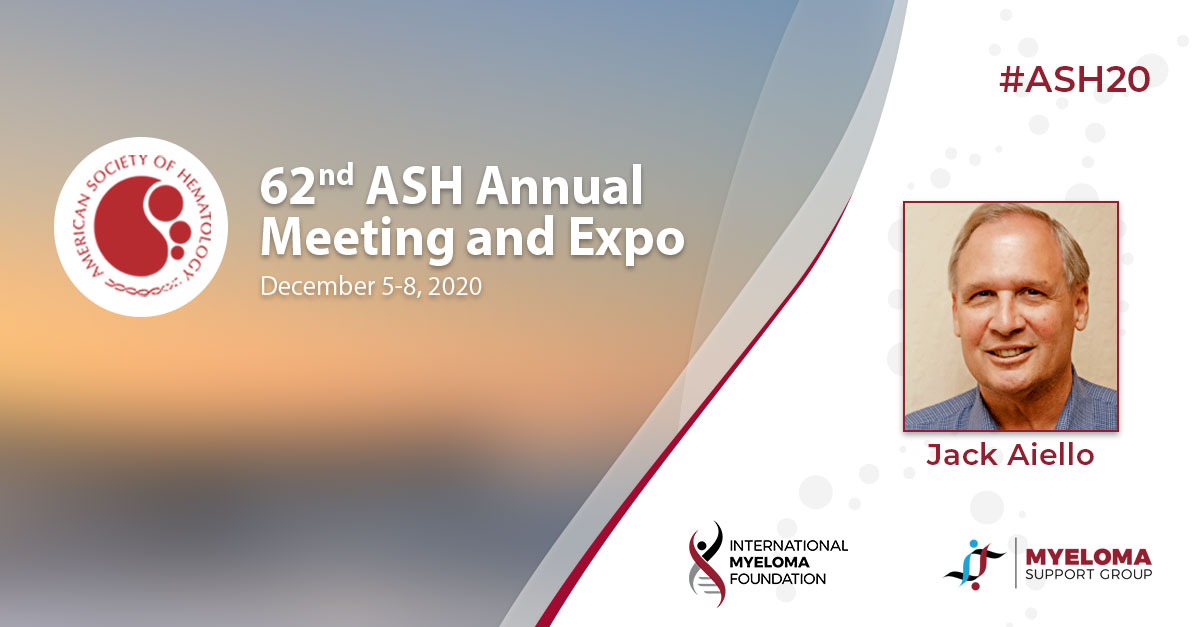 Today is effectively the final day of ASH but it was still full of information, and to be honest, I’m a bit brain-fried. However, the day was broken up with the opportunity to meet with several Pharma companies:

And now for a few highlights from today’s ASH

So after 8 years, only 10% developed multiple myeloma whereas with no treatment, historical rates show that 75% would have progressed. [548]

Well, that’s it for 2020 ASH, although I’ll likely created a blog with my final thoughts. This “virtual” platform worked out well, though I did miss connecting face-to-face with others.

Be your own best patient advocate.